Volumes is an art film by our studio's co-founder Maxim Zhestkov, which continues the exploration of fundamental principles of systems, started in the previous film Elements. While previous Maxim's works are black and white, Volumes uses colors, thus adding an emotional dimension to the equation.

An exploration of communication and transformation, Volumes expands to another scale and shows structures that are larger and more complex than everything created by Maxim before.

The project is deeply affected by natural forces, physical and biological. Regarding the latter, one of the main inspirations for the movement of the structures was patterns on the skin of underwater creatures, such as cuttlefish, which can change their look instantly and even hypnotize other animals by it.

As for physics, the structures in the film follow the rules of real-world objects, attracting and repelling, reacting to gravity and to each other.

Looking eerily familiar due to their behavior algorithms, the systems make us wonder whether they represent organic or inorganic matter and how the simplicity of the atomic level scales up to such unpredictable systems as universes and societies. 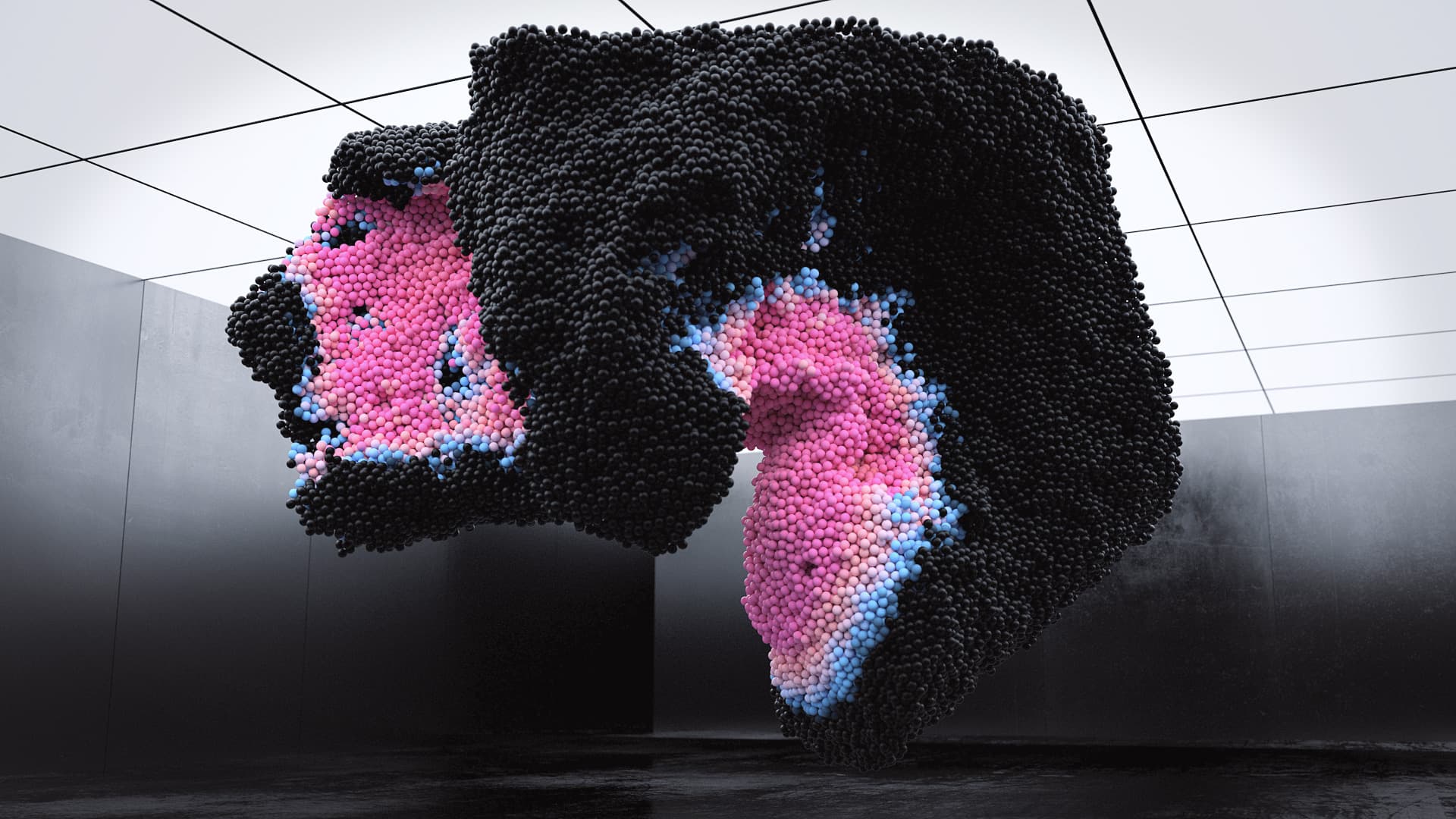 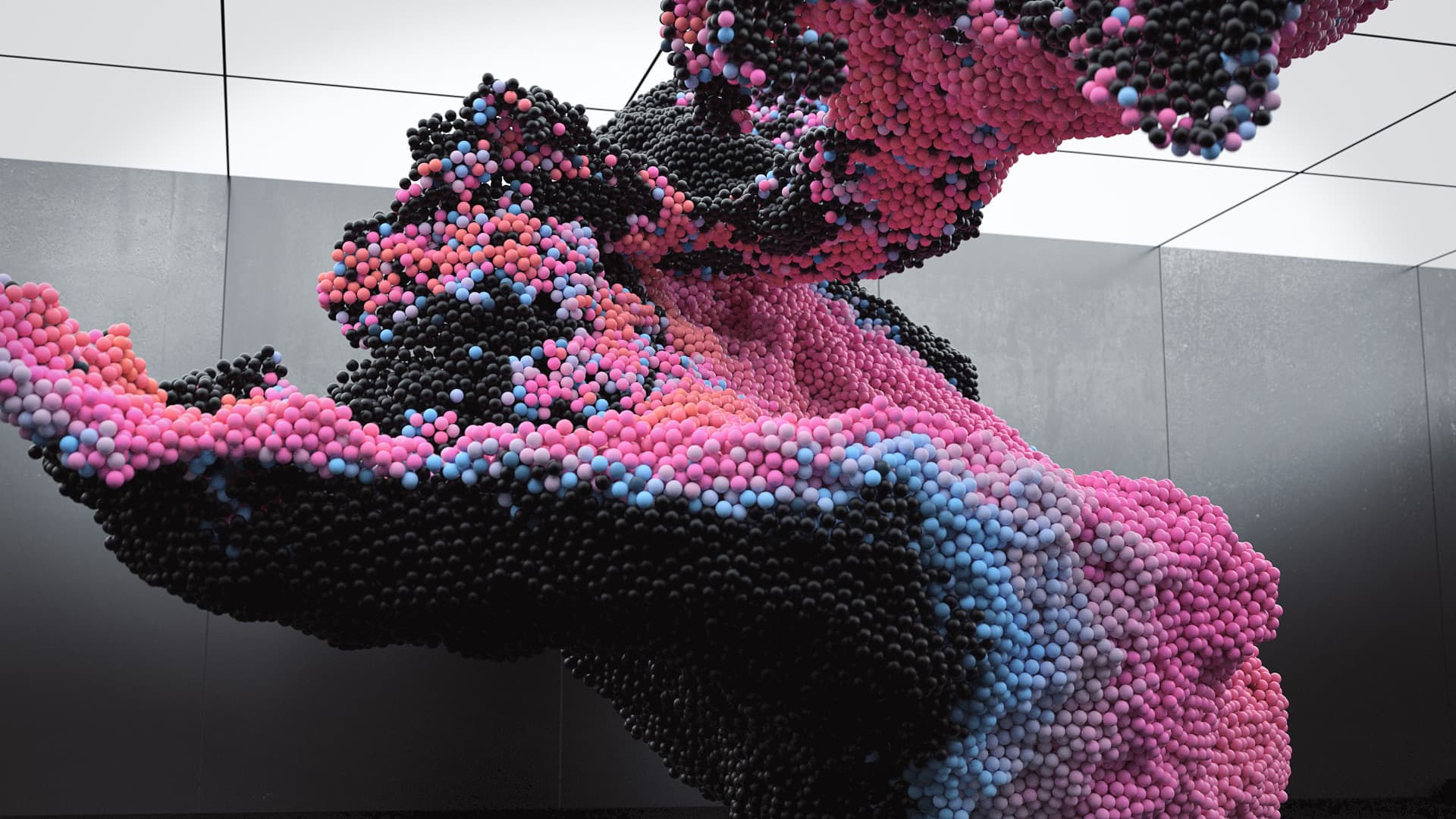 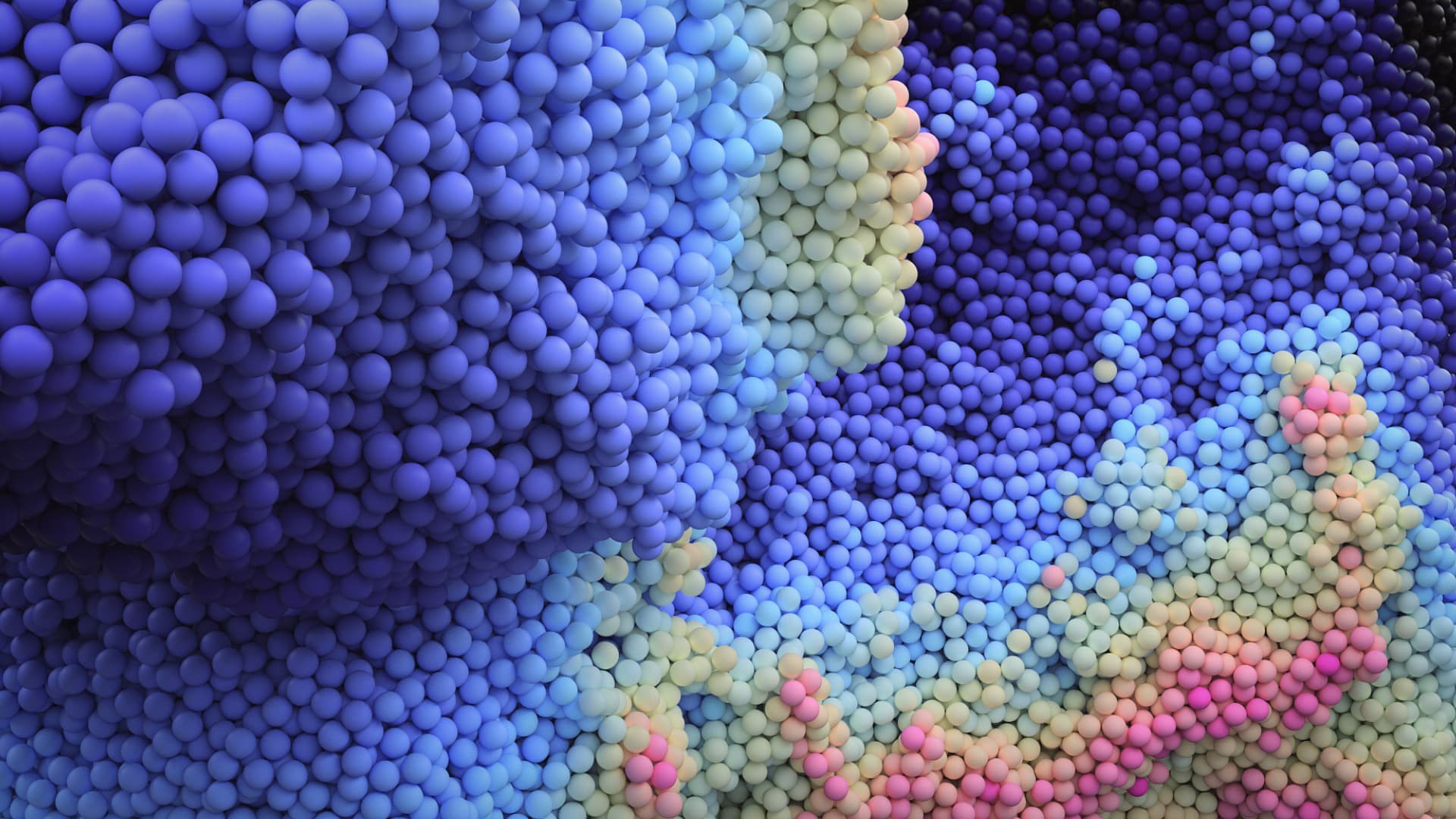 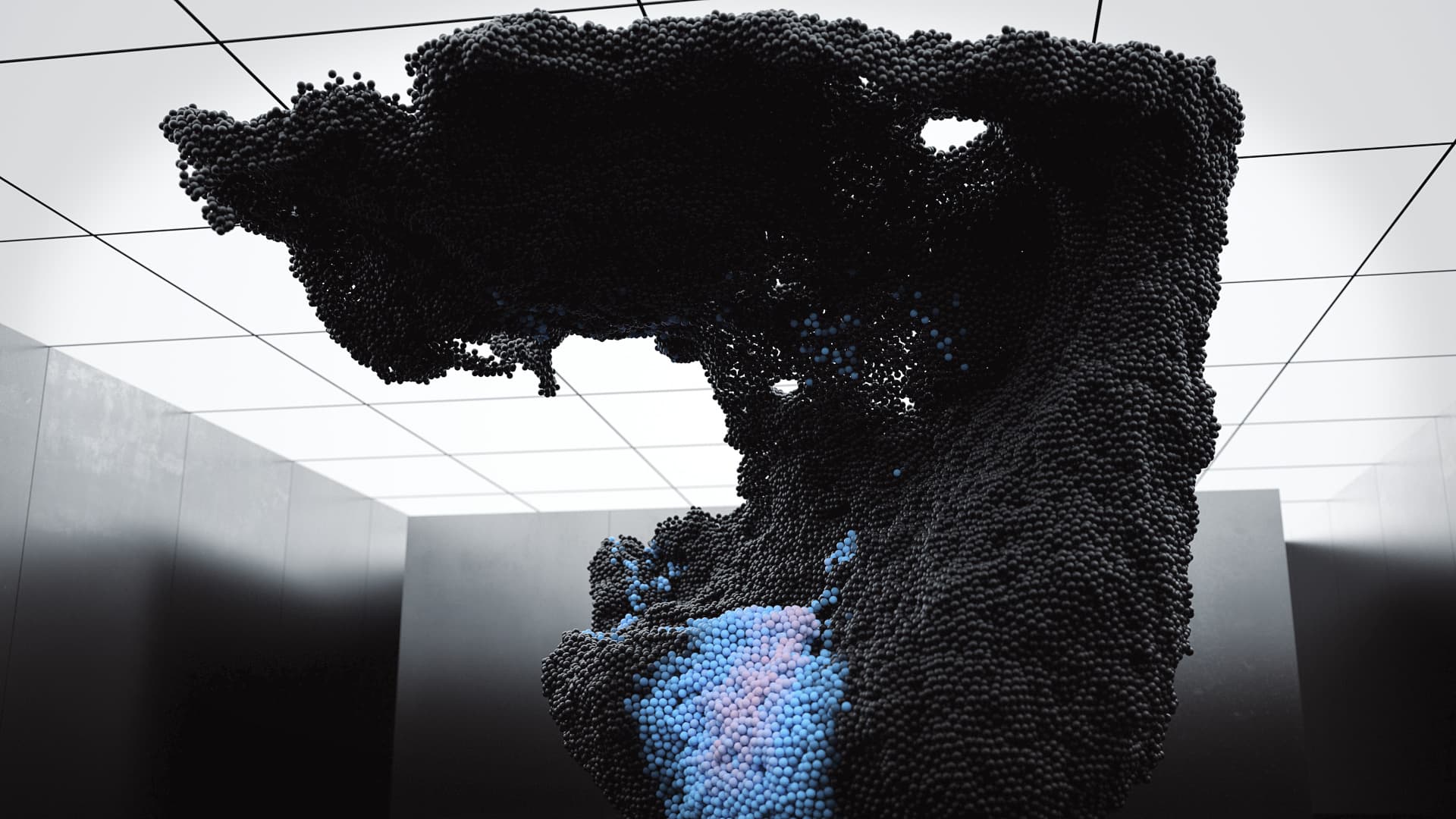 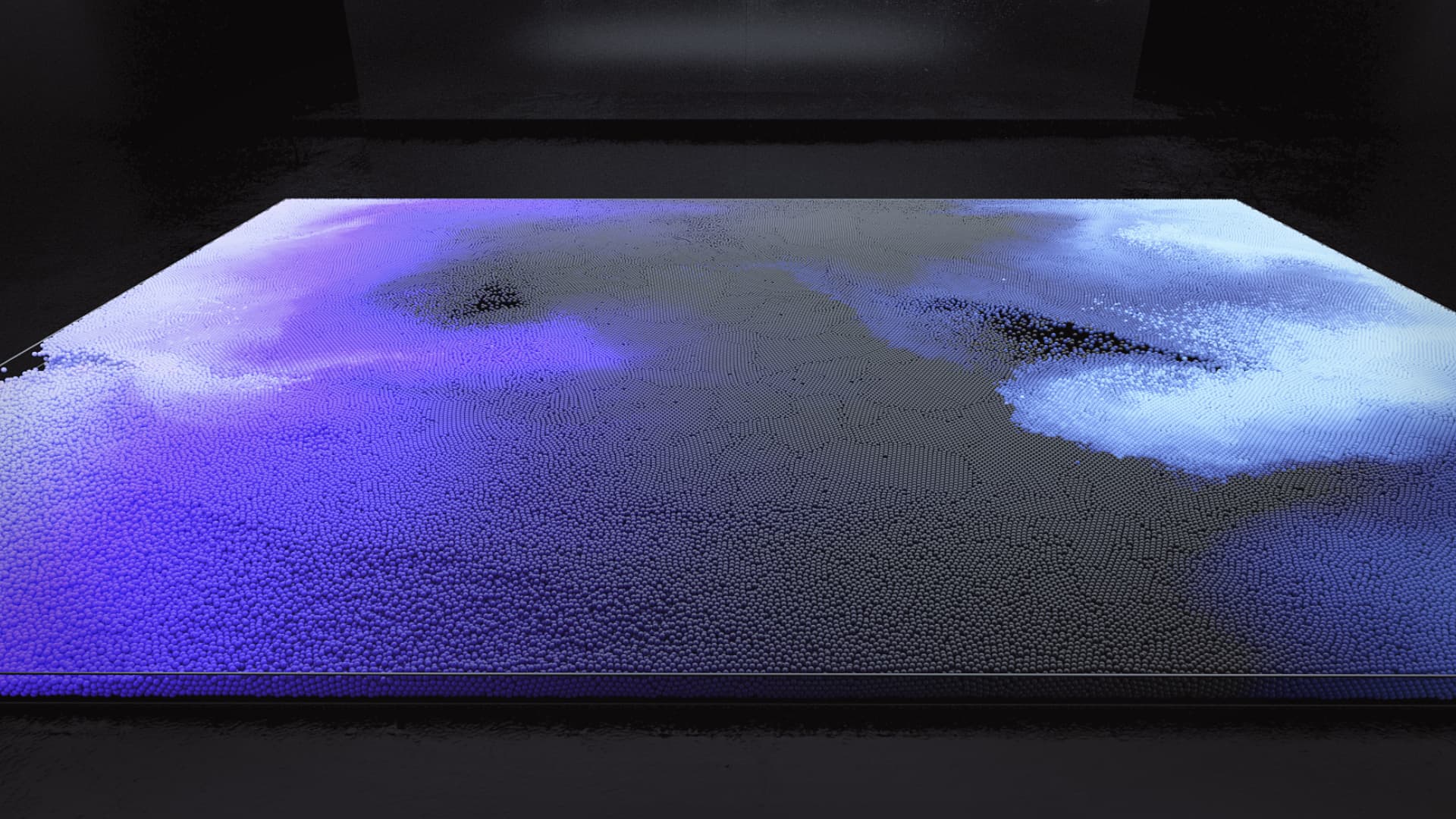 Volumes became a turning point for Maxim and was followed by other artworks, in which the artist explored more narrow topics inside this chosen direction of the abstract duality of simplicity and complexity. The film featured at various festivals dedicated to new media art, such as Ars Electronica and ArtFutura, reaching out to millions of people in dozens of countries across the world. 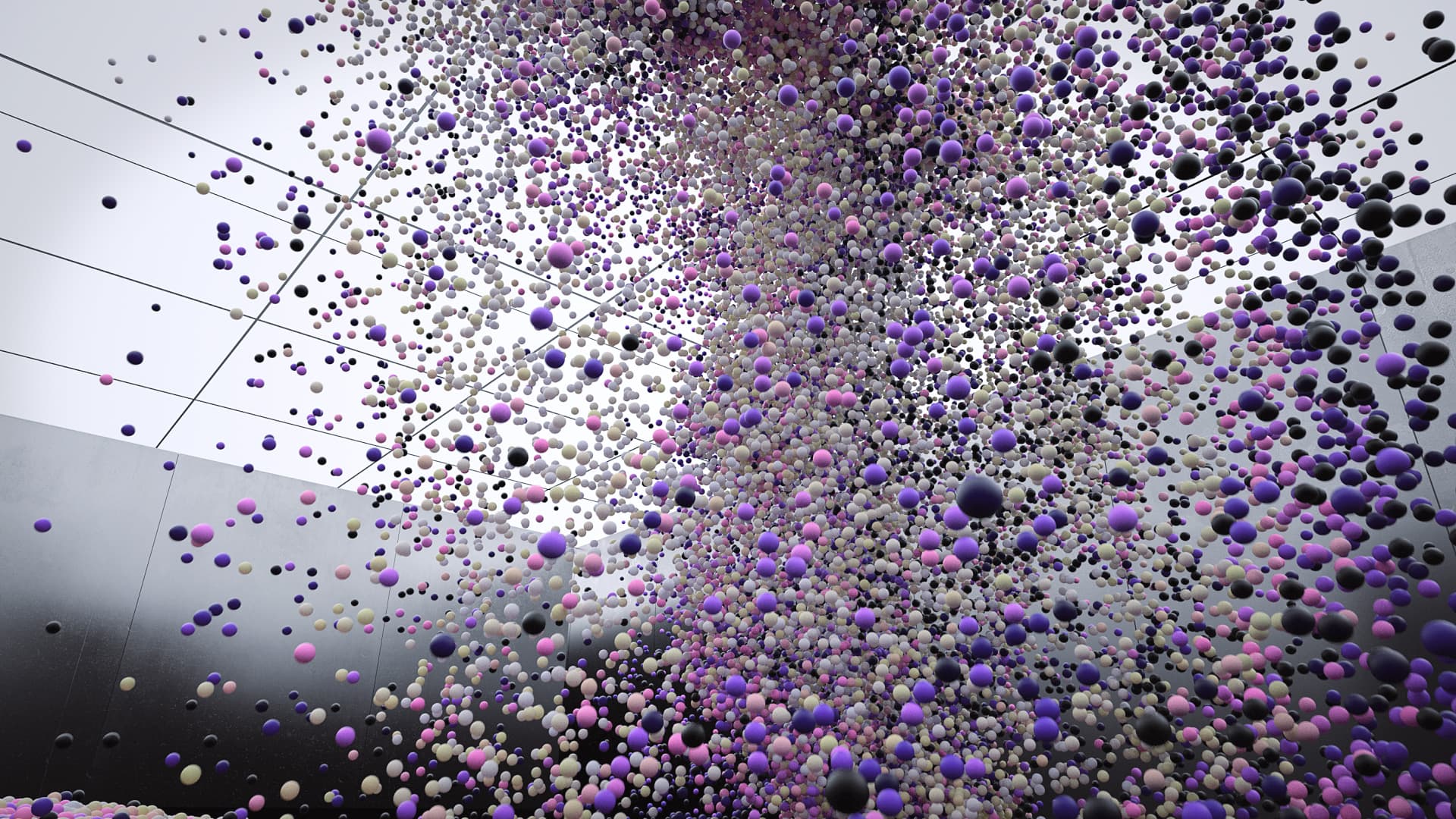 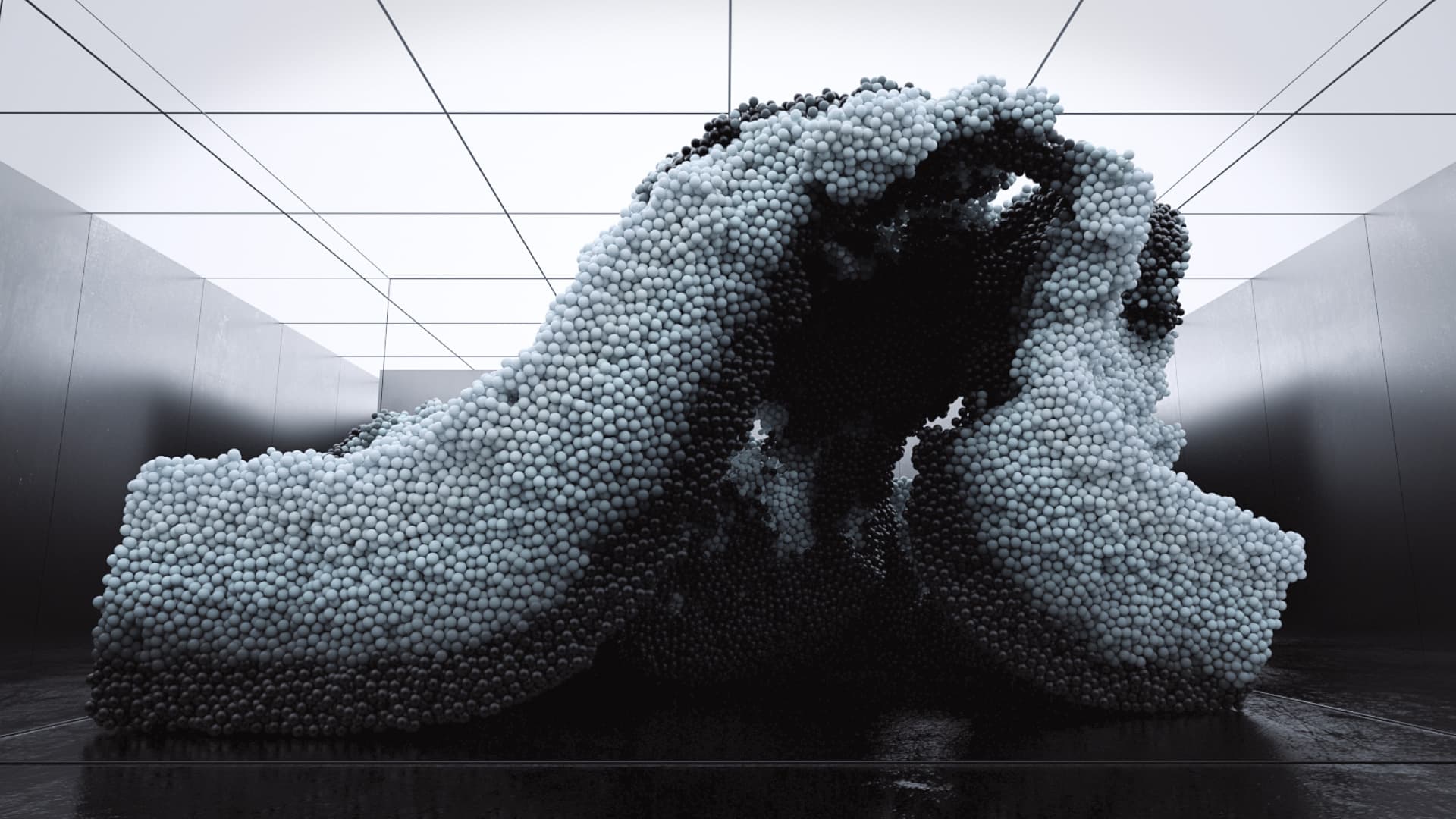 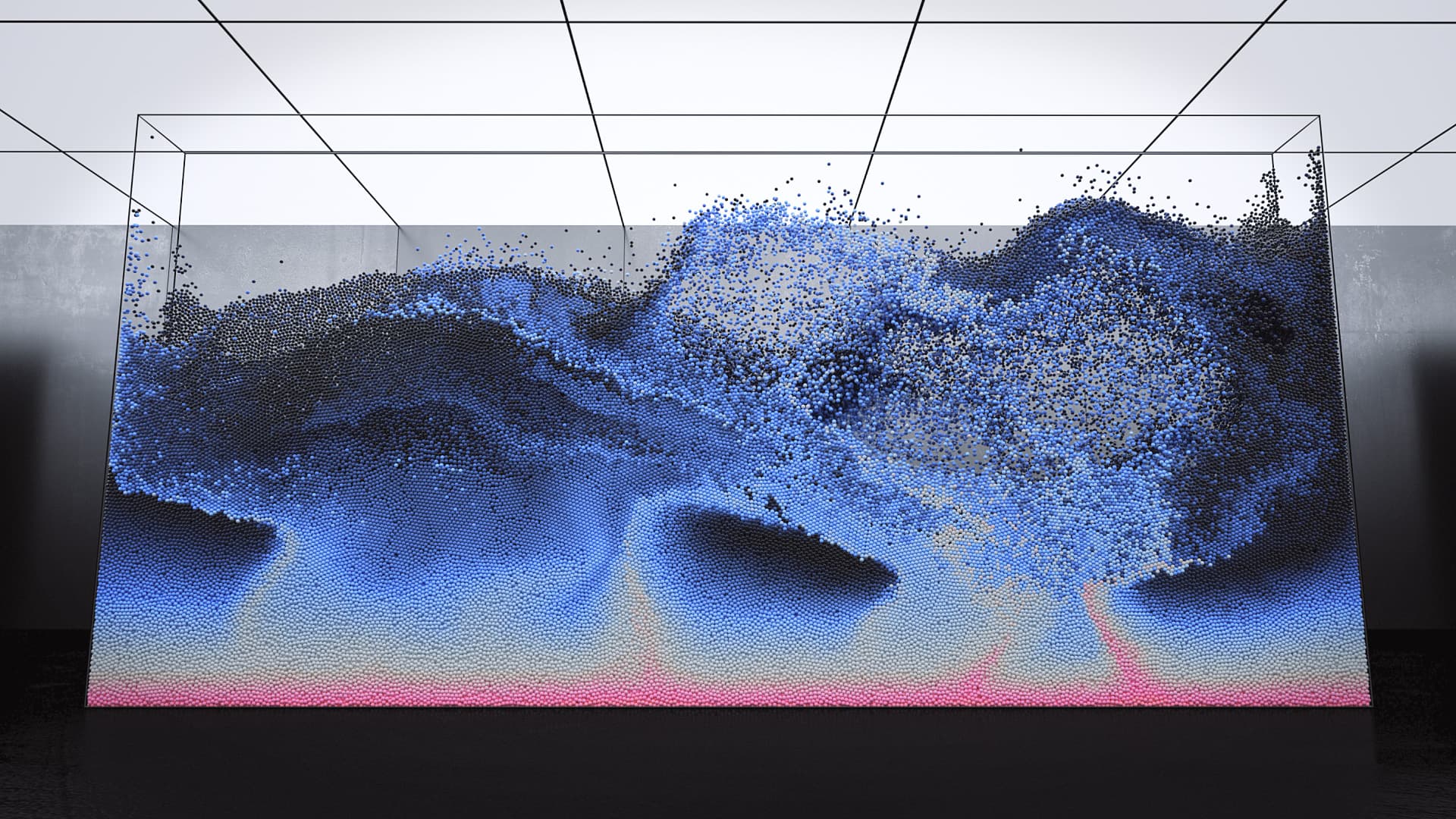